Back in March, Mark Waid and Humberto Ramos ended their eighteen issue run on Champions, the team they introduced in 2016.  Consisting of Ms. Marvel, Spider-Man, Nova, Viv Vision, the Hulk, and Cyclops, these teens united with the very real belief they could make the world better.  While adult superheroes tend to spend all their time with things like supervillains, monsters, alien invasions, and stupid/senseless/pointless Civil Wars, these kids sought to tackle real issues, believing in their potential to fix things and inspire others to do the same in the process.  This run was one of the most important things Marvel’s produced of late, a story that speaks to their youthful readers while reminding us older ones what’s worth fighting for by showing us what real heroes do. END_OF_DOCUMENT_TOKEN_TO_BE_REPLACED

In the wake of Secret Empire’s conclusion, Nick Spencer stepped away from Captain America, the title he shepherded for Marvel from October 2015 through September 2017.  During this time he handled the majority of Sam Wilson’s iconic turn as Cap as well as the (infamously controversial) Hydra corruption of Steve Rogers, resulting in Steve becoming a fanatical white supremacist.  Amidst the most soul-crushing, hopeless storyline I’ve ever read in a comic, Spencer orchestrated the resurrection of hope in a way so authentically powerful, I felt as though I’d been reborn along with Steve Rogers.  Now, in the Marvel Legacy era, Rodney Barnes has taken over writing the brand-new Falcon series while Mark Waid has taken over Captain America.  For me, the results have been mixed. END_OF_DOCUMENT_TOKEN_TO_BE_REPLACED

The opening page of Champions #5 shows a mosque in flames.  As this angry, ignorant, intolerant hate crime burns, the Champions arrive in Daly County to help.  Sure, they’ve had traditional superhero skirmished before.  But their focus is on something larger.  They honestly believe they can make the world a better place.  Guided by that belief, the Champions are working to honor the vow they made in issue #1.  Ms. Marvel told Spider-Man and Nova, ” All the ‘grown-up’ heroes broke the world with this dumb war…and they don’t seem interested in putting it back together!  Somebody has to!”  That’s the Champions. END_OF_DOCUMENT_TOKEN_TO_BE_REPLACED 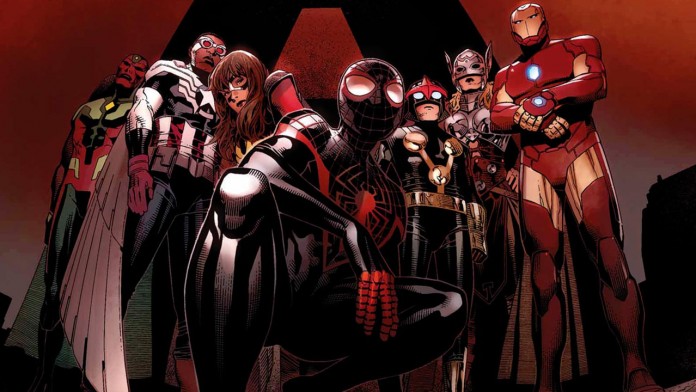 Since my return to the world of weekly comic book reading a major struggle has been what to read.  I only have so much money to sink into this passion and I know how this hobby can suck you into an endless spiral of crossovers and new titles.  I decided to be smart.  I decided to limit myself to only five seven ten titles a month.  And I certainly decided to stay away from team books.  They’re crossover hubs, and chasing chapters of one story over multiple team and solo titles is exhausting and expensive.  So just ten titles.  No team books.  Buuuuuut then I tried the trade paperback (just to sample it!) of Mark Waid, Adam Kubert, and Mahmud Asrar’s All New, All Different Avengers.  Damn.  Let’s just say they were more of guidelines than rules, okay? END_OF_DOCUMENT_TOKEN_TO_BE_REPLACED