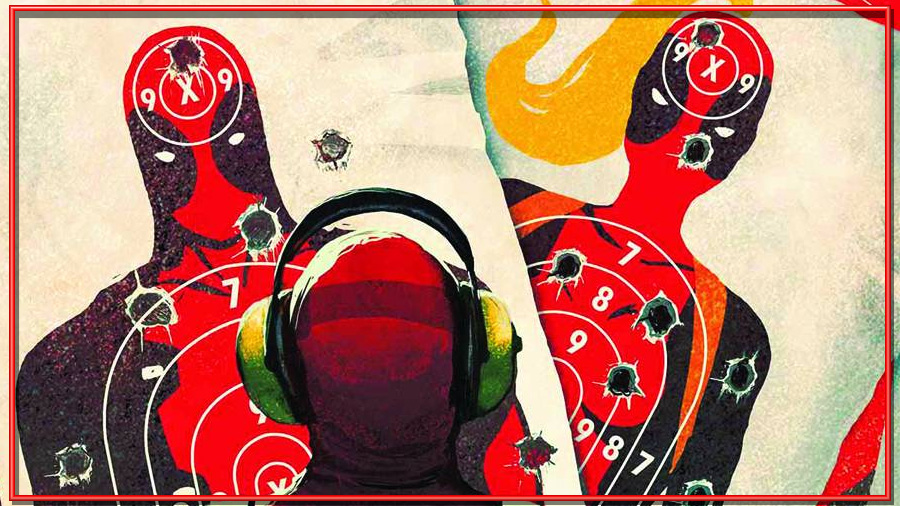 Here we are!  It’s the end of the line!  Okay, I know Deadpool’s taken us to some emotionally heavy and intellectually intense places this week.  If you’re starting to feel a little fatigued, fear not!  This final graphic novel literally has Deadpool teaming up with a panda version of himself called Pandapool.  I guarantee it is even more adorable and awesome than it sounds.  Today we finish our philosophical tour of Deadpool’s most meta adventure ever as we look at the final volume of Cullen Bunn’s groundbreaking Deadpool Killology – illustrated by Salva Espin – Deadpool Kills Deadpool.  Like usual, this post is spoiler-free with regard to all major plot points. END_OF_DOCUMENT_TOKEN_TO_BE_REPLACED 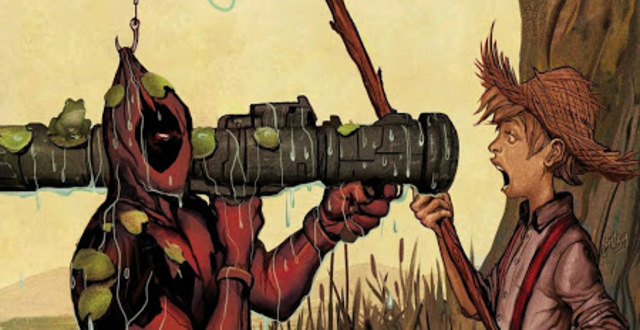 Yesterday, we explored Deadpool’s destruction of the Myth of Redemptive Violence and thus the very foundation for most comic conflicts and their resolutions.  But the Sassin’ Assassin is far from finished.  It’s time to embark on a Postmodern literary criticism like no other as Deadpool faces off against the literal (and literary) inspiration for comic book superheroes and villains!  He also tackles the very notion of originality, forcing the (again, very postmodern) question of whether or not original ideas can exist.  Cullen Bunn and Mateo Lolli helm this next level of Meta Madness in Deadpool: Killustrated, the second graphic novel in Bunn’s Deadpool Killology.  As with yesterday’s post, there’s no major plot spoilers here, just a discussion of the book’s themes and philosophy. END_OF_DOCUMENT_TOKEN_TO_BE_REPLACED