We’re less than a month away (aaaahhh!) from Logan and Hugh Jackman’s (presumed) final performance as Wolverine.  On 3 March he’ll pop his claws for the final time – and I am not ready for it!  Of course, I don’t know what will happen but I’m pretty sure I’ll be an emotional mess.  I cry every time I see the first trailer!!  As I’ve begun trying to prepare myself for this emotional journey, I’ve started to wonder what I want from the film.  This reflection has taken me back to Old Man Logan (a comic openly said to inspire the film) and Death Of Wolverine (a comic I feel may inspire the film).  To put it simply, Hugh Jackman’s Wolverine is important.  He ushered in the modern age of superhero movies!  As such, the character’s swansong needs to do him justice.  END_OF_DOCUMENT_TOKEN_TO_BE_REPLACED

While cross-company promotional policies may have shifted the X-Men to the sidelines in Marvel’s comic catalogue of late (as Fox, not Disney, owns the rights to make X-Men movies), I’d argue the X-Men are as relevant now as they’ve ever been.  “Mutants in the Marvel Universe,” as master X-Men writer Chris Claremont says in his introduction to X-Men: God Loves, Man Kills, “have always stood as a metaphor for the underclass, the outsiders, they represent the ultimate minority.”  The X-Men then are both those who we reject and those who stand up to give a voice to those rejected.  As such, their stories and their message are desperately needed right now.  END_OF_DOCUMENT_TOKEN_TO_BE_REPLACED

For a lifelong fan of comic books and a lover of Star Wars what I’m about to say surprises even me.  I just finished reading the Dark Empire miniseries for the first time.  For real.  How has it taken me so long to read this?!?  I can absolutely see why this is considered such a classic!  With all this excitement running through my being I thought it would be an excellent time to engage in an EPIC lightsaber duel.  However, given the fact that my lightsabers are all the way downstairs and I’m lacking an opponent at the moment, I figured I’d talk about Star Wars, comics, canon, and the Expanded Universe instead. END_OF_DOCUMENT_TOKEN_TO_BE_REPLACED

Grant Morrison, who has become one of Batman’s most celebrated authors, would write the character for the first time in 1989’s haunting graphic novel Batman: Arkham Asylum.  Paired with Dave McKean’s wild, boundless paintings of the characters, the book’s visual feel matched and fueled the horror of the narrative.  If we’re looking at how the Batman’s enemies illustrate evil, this is one of the definitive texts. And, as we ready ourselves for Suicide Squad this weekend, this seems a natural book to consider as well.  The Suicide Squad is comprised of some of Batman’s most intriguing villains.  But what exactly makes a Batman villain?  And how do they reflect and relate to our understanding of evil? END_OF_DOCUMENT_TOKEN_TO_BE_REPLACED

When I began reading IDW’s brilliant series Teenage Mutant Ninja Turtles several months ago, I was faced with a question.  As I amassed all the trade paperbacks going back to the beginning of the series’ 2011 run (because, responsible adult finances be damned, this was too fun to not read everything) I wondered whether or not I should invest in all the micro-series and miniseries that ran alongside the main title.  Obviously, it was a question born of financial concerns.  Did I need them to understand the story?  Did they add anything essential to my comprehension of the main title?  Should I spend all of that money?!?  I scoured the internet looking for suggestions.  I found a lot of sites offering very helpful chronological lists of where the various micro-series and miniseries issues fit within the larger stories in the main title but I didn’t find much on how essential they were.  So, for those of you struggling with this yourself or if you’re just interested the fun little tale of what I ended up doing, here’s my answer. END_OF_DOCUMENT_TOKEN_TO_BE_REPLACED 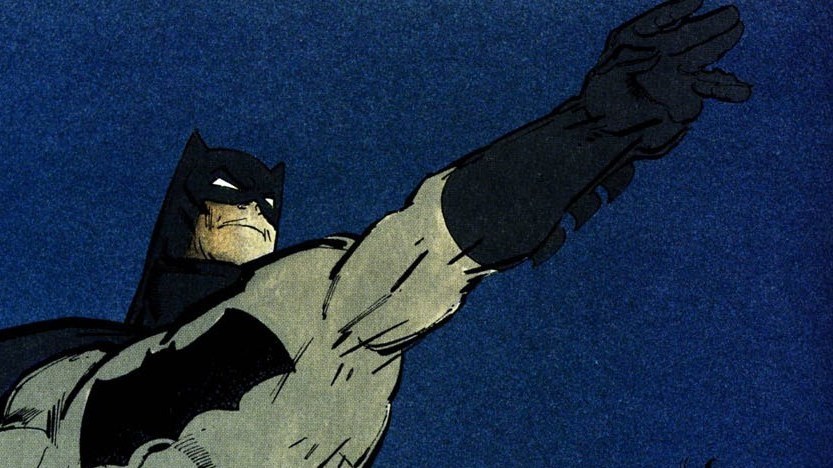 This may be an unexpected admission for someone who teaches a course on popular culture, but there are certain cultural phenomena that I just don’t get.  I’ve never liked a single Quentin Tarantino film…not even a little.  I never saw what was so revolutionary or brilliant about the 2011 return-to-silent-films homage The Artist.  I can’t get into any reality singing or dating competition.  I’ve tried all of the above but I just don’t like them.  The exact same can be said of my relationship with Frank Miller’s 1986 seminal classic The Dark Knight Returns.  But, before fandom begins the crucifixion, let me try and explain why – and it’s not just because I’m not a DC guy. END_OF_DOCUMENT_TOKEN_TO_BE_REPLACED

Here we are!  It’s the end of the line!  Okay, I know Deadpool’s taken us to some emotionally heavy and intellectually intense places this week.  If you’re starting to feel a little fatigued, fear not!  This final graphic novel literally has Deadpool teaming up with a panda version of himself called Pandapool.  I guarantee it is even more adorable and awesome than it sounds.  Today we finish our philosophical tour of Deadpool’s most meta adventure ever as we look at the final volume of Cullen Bunn’s groundbreaking Deadpool Killology – illustrated by Salva Espin – Deadpool Kills Deadpool.  Like usual, this post is spoiler-free with regard to all major plot points. END_OF_DOCUMENT_TOKEN_TO_BE_REPLACED 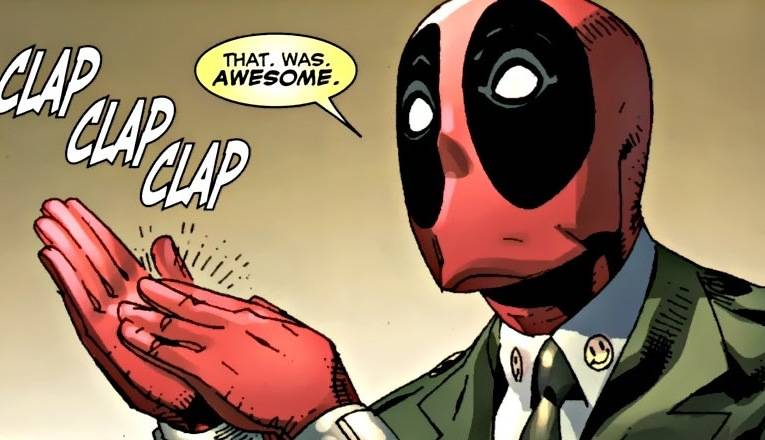 There are two things we can say with absolute certainty about Deadpool.  First, he is everywhere right now.  I mean EVERYWHERE.  With an amazing movie and a growing list of monthly titles it seems the Merc with a Mouth is trying to channel Spidey in popularity as well as the mask design department.  Second, he is the most meta, self-aware, fourth-wall breaking character in the entire genre.  To honor both of these hallmark traits I’ll be doing a trilogy of posts this week on the Sassin’ Assassin, the Regeneratin’ Degenerate, the man, the myth, and the legend (if only in his own mind).  Each of these posts will explore Deadpool at his most meta.  And he’s never been MORE META than he was in Cullen Bunn’s Deadpool Killology.  END_OF_DOCUMENT_TOKEN_TO_BE_REPLACED