By Krysta of Pages Unbound

When I was growing up, no one talked about comic books, not really.  Sometimes teachers would disparage comics as books for kids who could not—or would not—read.  Sometimes librarians would do the same.  Even five years ago, I still knew teachers and librarians who did not believe reading comics counted as reading.  Perhaps there were students in my classes who did read comics.  But, in a culture where liking comics was equated with laziness and stupidity, I can see why no one would have dared to talk about them.

I do not remember thinking that people who liked comics were stupid, exactly, but the opinions of the authority figures in my life certainly meant reading comics never crossed my mind.  I liked to read.  I was what teachers like to call a “good reader,” meaning I found reading easy, I devoured long books, and I enjoyed even assigned reading.  When everyone takes it for granted that you are a “good reader,” doing something as “regressive” as reading comics simply never occurs to you.  It would be like playing the piano for years only to start practicing on a toy.

In recent years, however, the popularity of comics (or “graphic novels,” if you prefer) has exploded.  Professional publications recommend comics for librarians to purchase.  Teachers are including comics on their reading lists.  Titles like El Deafo, Smile, and Roller Girl are not only getting buzz, but actually being lauded as quality stories by librarians and educators.  In 2016, Gene Luen Yang was named the National Ambassador for Young People’s Literature!  I enjoy children’s literature and follow the market fairly actively, so naturally I took notice.  My foray into comic books actually began with using professional publications and blogger recommendations to find the “best” graphic novels for children and teens, not because I was being snobbish, but because the number of graphic novels being published can feel overwhelming and I felt like I needed guidance.

However, even though I was reading and enjoying titles like Gene Luen Yang Boxers and Saints, I still had not really ventured into superhero comics.  Not even though I was avidly following the MCU.  The long history of comics, along with the sheer number of titles available, made reading anything published by Marvel feel intimidating (I was less interested in DC, though Wonder Woman has been a favorite of mine for ages—thanks, Lynda Carter!).  Would I have to know Spider-Man’s long history to enjoy a Spider-Man comic?  Would I have to be familiar with the histories of side characters?  And which heroes should I start with, anyway?

I started trying superhero comics the easiest way I knew how.  I saw buzz online and in professional publications for comics that were, as far as I could tell, either being rebooted or just starting out.  Ms. Marvel was my first superhero comic—an ideal choice since she was a new character with no history (aside from whatever I was maybe supposed to know about the former Ms. Marvel).  Then I naturally progressed into Kelly Sue DeConnick’s Captain Marvel.  Ms. Marvel was phenomenal.  Captain Marvel confused me a little—who were all these space people and what was up with the young girl and with Rhodey?  It did not really matter because my library only had one volume, anyway.  Then I tried Thor because I saw all the excitement about a woman taking up Mjolnir.  And then the weight of comic history really hit me.

My experience with Thor was one of deep confusion.  Thor (or Odinson now) was off somewhere doing something because for some reason he is unworthy.  New Thor was doing…stuff.  And was probably Jane Foster.  I knew from the movies that maybe Thor and Jane were a couple?  Or maybe that was over.  I had no idea.  Nor was it clear if this even mattered.  And there were an awful lot of realms and characters and just stuff I was apparently supposed to know about—but I didn’t.  So I never picked up the second volume.  And, for a while, I stuck to reading Ms. Marvel, where my greatest struggle is (still) understanding the character’s feelings about other superheroes when they make guest appearances.

My experience with Ms. Marvel was positive, however, so, when I eventually tried branching into other comics again, I largely stuck with seeking out newer characters.  Moon Girl and Devil Dinosaur was my first superhero comic after Thor.  Then I tried The Unbeatable Squirrel Girl based on Michael’s recommendation.  Recently I’ve been enjoying reading about Black Panther, Miles Morales, and Riri Williams.  Only Black Panther has confused me, since it is more strongly linked to past storylines I have not read.  Or maybe I am simply growing accustomed to slight confusion as I read, accepting that I do not need to know everything about Pepper Potts to appreciate an appearance by her, do not even need to know what happened with Storm and Black Panther.  I know what is happening now, even if not why, and it is usually enough to carry me through the story. 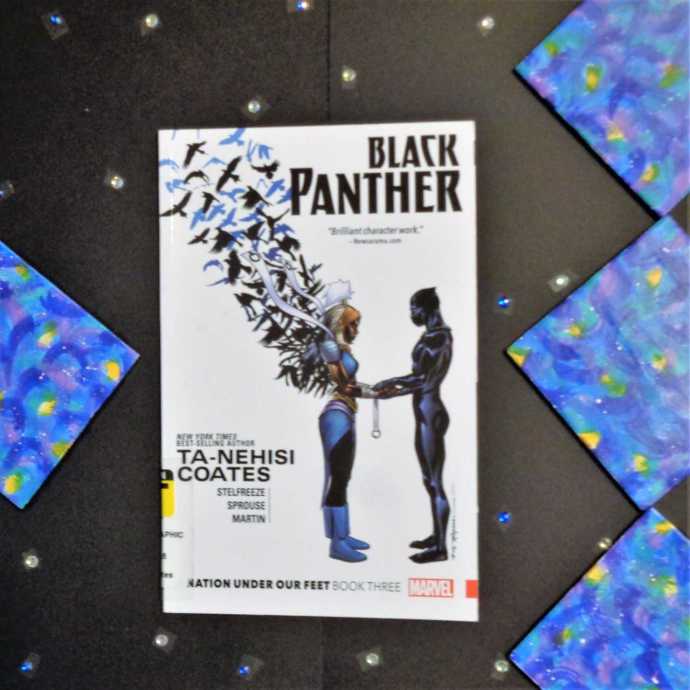 I still am confused by comics.  I still feel like I am not entirely sure how to read them or where to find storylines I miss.  But diving into various titles has helped me feel more comfortable about my confusion.  The more comics I read, the more characters I fall in love with, the more I realize that comics are really just about immersing one’s self in the story, accepting it no matter where it goes.  There’s no secret to reading comics.  You just have to be willing to enjoy the ride.

[Krysta is the co-founder of the brilliant literature blog Pages Unbound.  You can also follow their exploits on Twitter – @PagesUnbound – or on Instagram – at pagesunbound – or on Facebook – at Pages Unbound Reviews – too.  Thank you Krysta for sharing the story of your comic journey!  Pages Unbound is one of my favorite blogs and, if you don’t already, you should totally use all the links I’ve provided to check them out.]

16 thoughts on “My Journey to Comics”