It’s no secret, I love me some Iron Man.  Yes, Tony Stark can be a huge tool and our favorite “genius, billionaire, playboy, philanthropist” isn’t known for his humility or restraint.  He’s great.  He knows it.  And he’ll happily let you know it too.  However, I maintain Tony’s ego – and his struggle with both the trouble it brings and learning his own limitations – is part of what make him so important as a character.  While I doubt many of us have an ego quite the size of Mr. Stark’s, we all wrestle with ego.  Or at least I do.  So I see parts of myself in Tony Stark as well as lessons I need to learn.  I put a lot of value on that.  However, regardless of the relatability we (or at least I) can find in this particular fault, there is one MASSIVE expression of Tony Stark’s ego that even I find ridiculous.

The man builds muscles onto almost all of his suits of armor. 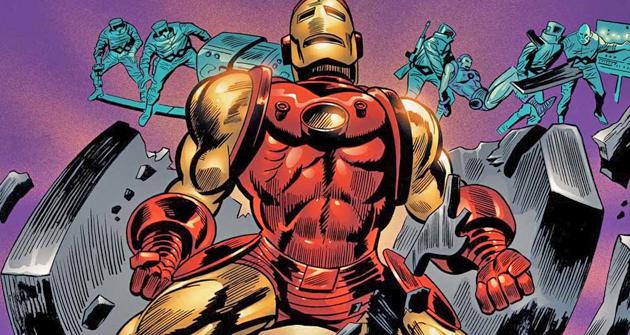 C’mon Tony…I love you, in part because of all your faults and flaws, but how egotistical do you have to be to need abs sculpted on your metallic suit of battle armor?!?  Tony is (as Joss Whedon so perfectly captured in 2012’s The Avengers) a genius, billionaire, playboy, philanthropist who regularly designs the most technologically sophisticated suits the universe has ever seen.  His Iron Man armors are often virtually indestructible and they can (but are not limited to) fly, increase his strength, generate a controlled environment inside them, operate under water, operate in outer space, operate in an advanced stealth mode, communicate in all manner of ways, fire a HUGE LASER BEAM out of their chests, and some can do all this while being able to literally fold up to fit inside a briefcase.  And those are just a fraction of the abilities he’s built into his suits over the years!!  He also builds these all on his own and constructed his very first one in secret while being held captive.  That is a damn impressive list of accomplishments.  But wearing something so AMAZING isn’t cool enough for Mr. Tony Stark.

Tony Stark needs to design them to have biceps, triceps, abs, calves, and on and on too.  Why Tony?  Why??  Have you ever wondered about this?  Doesn’t it seem weird?  Isn’t it enough to build a suit of armor more advanced than anything else anyone in the Marvel Universe can design – a suit of armor so good that when Doctor Doom decides to go straight he takes an Iron Man armor instead of building his own?  You don’t need to also looked super ripped when you wear it!!

“Hmm yes, yes…I’ve got the A.I. set, the cloaking technology is running, and the boot jets are faster than ever.  But how do I make the abs look cooler?” / Photo Credit – Marvel Comics

So yeah, suit muscles are where I draw the line.  I love the man and his ego but even I roll my eyes at suit muscles.  It’s like the superhero equivalent of those little kid Halloween costumes that have the weird, fluffy attached muscles…except Tony is an actual superhero who adds those muscles himself.

Before I go any further, I have to say this post is entirely indebted to Spencer Perry’s piece “Iron Man Armor: A Complete Guide from Model 1 to Marvel Apes and Beyond!” over at SuperHeroHype.  As I was scouring the internet to try and find as many examples of Iron Man armors as I can, his piece was THE BEST THING EVER.  He outlines 102 different suits of armor – covering all the comic examples as well as the MCU incarnations – and lists names, dates of their appearances, how they were used, et cetera.  Anyone who enjoys Iron Man should check the piece out and it is – by far – the most valuable research tool on Iron Man armor I’ve found.  In case you missed the super helpful link above, I’ll put it in again here, here, here, and here.  Go read it.  It’s great!

This is the featured image so you know you’re in the right place.  Also, LOOK AT ALL THOSE MUSCLES.  C’mon guy…we know you’re tough. / Photo Credit – Marvel Comics

So, using the article mentioned above as our primary source of information, of the 102 suits of armor (mostly) Tony’s worn in the comic books and films, seventy-three have featured muscles!

Look at the math on this.  This means 72% of the time Tony’s designed an insanely advanced, beyond-state-of-the-art battle armor suit as a superhero has also seen him say to himself, “Hmm…you know what?  This would be way cooler if I also looked RIPPED AS HELL when I wore it.  Right?  Right.  This is a totally normal thing to do.” 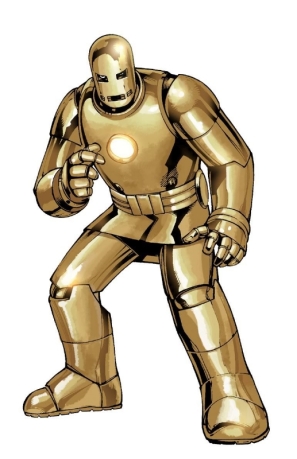 Iron Man armor muscles show up for the first time in 1963 with the Model II.  Abs show up with the Model IV from 1976.  And it only gets more ridiculous with time.  I MEAN LOOK AT THE MODEL XIII FROM 1994! 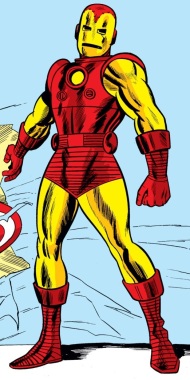 I love his Outer Atmospheric Armor from 2000 because why wouldn’t you need to show off so many muscles when you’re cruising through space, right?  His Anti-Radiation Armor from 2004 is great too.  “Is it radioactive in here??  Don’t worry…I have ABS and BISCEPS and TRICEPS so we’re good!”  The Battlefield Argo Armor from 2006 is also good.  Nothing scares your enemies in combat more than looking CUT – not even your personal death suit.

We see with his Subterranean Armor from 2006, as the suit gets bigger so do the muscles.  Only natural right?  That year also saw the arrival of the Stealth Armor Model III.  This suit is more low key…but it also has muscles.  His Space Armor Model III shows us even as he adds more and more weapons to the suits (not to mention a HUGE ROCKET) he has to keep adding muscles too. 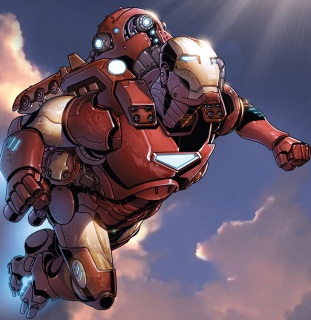 In fact, many of the more streamlined models – like Model 51 from 2015 – still present muscles.  Look at those lines across the stomach.  Those are absolutely the illusion of abs!  There’s no question.  And that suit could become any Iron Man suit!  But it still needed muscles in it’s regular mode.  It’s not just a thing in the comics either.  We see this in most of his suits from the MCU too.  Avengers: Age Of Ultron and Spider-Man: Homecoming are two perfect examples.

So yes, I love Tony Stark.  I love him because of his ego, not in spite of it.  But even I am going to roll my eyes at the fact that the man needs to build super muscles into so many of his Iron Man suits.  Weren’t enough people starring at you before Tony??  Doesn’t building one of the most advanced suits of armor, with the most advanced weapons, running on the most advanced A.I. on the planet garner you enough attention?  Do you really need to looked chiseled as you fly it?  Who knows?  Maybe there’s a little insecurity here.  Maybe being on a team with people like Steve Rogers, Thor Odinson, and Carol Danvers gets in his head…so he needs to make it look like his body has other muscles as big as his brain.  Siiiiiiigh…oh, Tony, whatever the reason, I still love you. 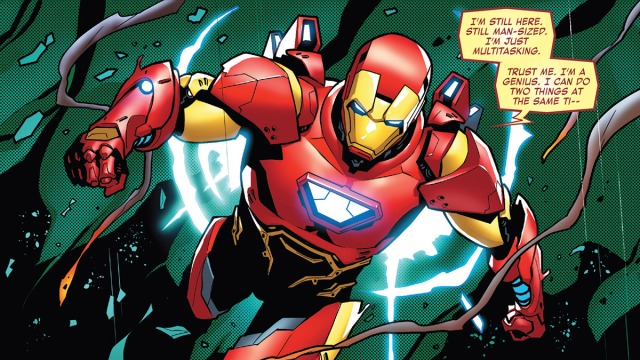 You are a genius!  Don’t think you need big ol’ muscles to impress us. / Photo Credit – Marvel Comics