It’s coming.  The “most ambitious crossover event in history” is almost here.  And, while I might think the most ambitious crossover ever thing is a little heavy-handed, this is undeniably HUGE.  On 26th April, ten years of interconnected storytelling will come together in Avengers: Infinity War, bringing together all the characters Marvel has introduced into their cinematic universe over the last decade.  This brings with it many pressing questions.  Who will live??  Who will die?!?  And, perhaps most vexingly of all…how do I go about preparing for this?!?!?

They look prepared.  Don’t they?  I wonder what they did… / Photo Credit – Avengers: Infinity War

Last December, as The Last Jedi drew near, I wrote a post about my insane needlessly laborious crazy/masochistic love-driven, time-honored tradition of watching every film in a series before I see the latest installment.  So, for The Last Jedi, that meant watching The Phantom Menace, Attack Of The Clones, Revenge Of The Sith, Rogue One, A New Hope, The Empire Strikes Back, Return Of The Jedi, and The Force Awakens – one movie a night, every night, leading up to the premiere of The Last Jedi.  I decided to double-feature Rogue One and A New Hope back-to-back (something I’d never done before) so that meant EIGHT DAYS STRAIGHT of Star Wars movie-watching.  I busted my bum to make sure all my lessons were planned ahead of time and I was on top of my grading to allow for such an enormous time-suck.  But I did it!

In that piece I also said the Marvel Cinematic Universe had grown too large for me to do this anymore.  Instead, I focus on the films essential for any given character before seeing the new film.  So, for Black Panther or Spider-Man: Homecoming for example, I just watched Captain America: Civil War the night before I saw the movie.  For Thor: Ragnarök, I watched Thor, The Avengers, Thor: The Dark World, and Avengers: Age Of Ultron on subsequent nights before opening night.  You see what I’m talking about here? 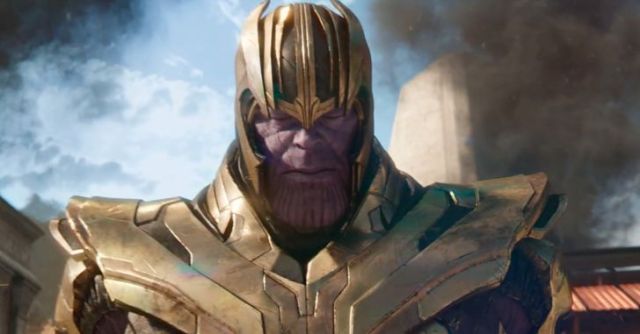 He looks prepared too.  But the right accessories will do that for you!  That’s the certainty I’m looking for. / Photo Credit – Avengers: Infinity War

But now we’ve got Avengers: Infinity War coming out this month.  I’ve got my tickets for Thursday, 26th April.  But…what do I do as far as movie marathon preparation goes?

First, obviously, there’s the “Avengers Package.”  Despite the growth of the cosmic and mystical sides of the MCU, the Avengers have been its clearly defined center for ten years.  So this approach makes sense.  It’s basic.  Straightforward.  It would be:

Wednesday April 25th – Captain America: Civil War (because this is an Avengers film in all but name) 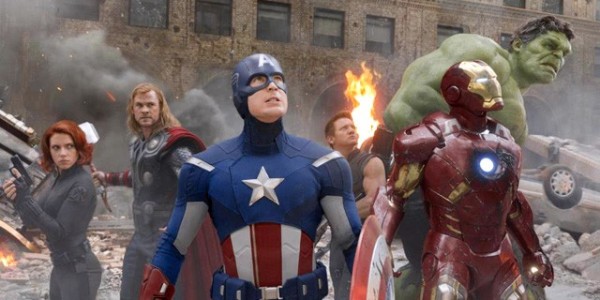 Ahhh, back where it all began!  They were so young then! / Photo Credit – The Avengers

However, for me, this seems to be a little negligent.  While the Avengers have held the spotlight, I’d argue the Guardians films seem to be more essential narratively to Avengers: Infinity War for how they develop Thanos, Gamora and Nebula, and detail the history of the Infinity Stones.  So we have the “Guardians Of The Galaxy Package.”

This one is the shortest of them all but it’s also guaranteed to be the most fun because OBVIOUSLY it’s centered around the Guardians of the Galaxy.  Their films are – by far – the best the Marvel Cinematic Universe has put out.  I love them.  But both the Avengers and Guardians packages raise the question – are they enough preparation for a film as EPIC as Avengers: Infinity War?  Am I phoning it in if I don’t do more?

We can’t leave out Nebula and Gamora!  They are going to be so important to this movie!  Um, at least I presume so.  I can’t image them not being central. / Photo Credit – Avengers: Infinity War

Naturally, I could combine the two for the “Avengers/Guardians Package.”  This is probably the shortest approach to Avengers: Infinity War that still hits all the MAJOR bases.  I’d say this is the minimum required re-watching if I’m going to take this seriously and do things right.

Or I could kick it up a notch with the (admittedly more ambitious) “Origin Package.”  Here I’d I revisit all the films that originally introduced us to these characters. 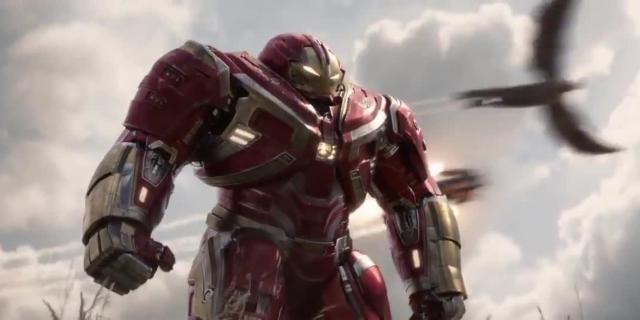 NOW WE’RE GETTING SOMEWHERE.  These are more heavy duty marathons.  It seems like we’re getting closer to what Infinity War needs. / Photo Credit – Avengers: Infinity War

However, to me, this road seems to lack development.  You know?  Yes, Iron Man is brilliant and it’s held up wonderfully over all these years.  But it denies all the character development Tony goes through in Iron Man 3 and Captain America: Civil War.  And Tony Stark isn’t really complete without that, is he?  Nor is Cap fleshed out without his growth in Captain America: Winter Solider and Captain America: Civil War.  And how can I not mention Guardians Of The Galaxy Vol. 2?  These films have the richest characters in the MCU and in Vol. 2 James Gunn and co. put character development center stage.  If I’m ignoring where the characters have gone in my movie marathon, am I really preparing for Avengers: Infinity War?  Or am I just watching some movies before I go see the new one?

So I guess the question is…do I just do it?  Do I just commit and re-watch them all?  This is, admittedly, crazy.  I’ve never done a re-watch movie marathon close to being this ambitious.  If undertaken, this would mean NINETEEN STRAIGHT NIGHTS of Marvel movie watching, no room for errors and no room to miss one and make up for it later.  It would be an unforgiving pace and it would look like this:

Doesn’t this seem better?  With everyone coming together like this?  Something about this just seems right… / Photo Credit – Avengers: Infinity War

As I look at that list…I think I have to do it.  I’ve been working ahead in my lesson plans for weeks now, knowing I’d have some form of a marathon ahead of me.  If there was ever a movie to deserve such an epic marathon, it has to be Avengers: Infinity War right?  And, honestly, this may be the last time I ever attempt something like this.

Seriously.  Think about it.  As I’ve said, the MCU is getting too big for this to be practical and too diverse for it to be necessary.  Plus, they’re putting out three movies a year, at least.  So these mega marathons can’t always be a part of my Marvel movie prep (nor have they been for a while).  And, honestly, I don’t think I’ll keep doing these for Star Wars either.  As I wrote before (in my piece The Last Jedi and Star Wars’ Movement from Mythology to Folk Tale), the tone of the Disney Canon of films doesn’t mesh at all with Lucas’s stuff, at least not for me.  They are fun in their own right and they’re doing their own thing…but it’s not the same.  So I don’t see myself ever choosing (or needing) to re-watch all the Star Wars films again before I see future installments in the Disney Canon.

Um, Mom?  Can everyone come over after school today to watch superhero movies?  Please?  We’ll get our homework done first!  I promise! / Photo Credit – Avengers: Age Of Ultron

This leads me to two questions.  First, is The Last Jedi the film I want to forever hold the honor of “Final Mega Movie Marathon Recipient”?  Um, I don’t think so, no.  Second, is Avengers: Infinity War likely to be worth the time and effort to do this?  I think so, yes.

While they all haven’t blown my mind, I’ve yet to be disappointed by a single film in the Marvel Cinematic Universe.  And we’re ten years in!!!  That’s saying something.  Each one has been fun in its own way.  Each one has lovingly brought the characters I grew up reading about to the big screen with care and respect to the source material.  The Marvel Cinematic Universe has earned this homage.  They deserve it.

So…it looks like I’m going to do this.  I’m going to try anyway.  I have a week to enjoy myself and then – boom – every night for the next NINETEEN NIGHTS will be planned.  Yikes.  Okay…I can do this.  As a wise man once said, “I have a plan.  Attack.”  I CAN DO THIS.

They have the right idea.  The correct food – both during the marathoning and after, to refuel – is going to be essential for pulling this off. / Photo Credit – The Avengers