“The Wolverine (Gulogulo), a solitary animal, has a reputation for ferocity and strength out of proportion to its size, with the documented ability to kill prey many times larger than itself.”

I don’t think a truer definition could be given to the character Logan, who goes by the alias of Wolverine. 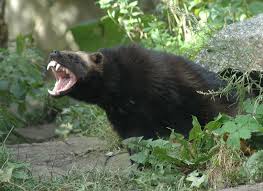 But what if you were to strip these defining characteristics away? What is a Wolverine that is forced to not live in solitude anymore? What is an animal that has lost its ability to kill prey larger than itself? That animal is named Logan.

When we meet Logan in the year 2029 he is a shell of the man he once was. He is beaten, not only physically but mentally. Long gone is the warrior that carried himself with confidence. Pain is now etched on his face from the losses he has suffered and from the crippling damage his body has finally succumbed to. His claws are still some of the sharpest blades on Earth but he has lost the strength to remove them from their sheaths and wield them like the mighty warrior he once was. His once dark hair is now gray and his eyes are heavy from a mixture of liquor and regret. This man once laughed in the face of death but now he welcomes it; sadly death has even grown weary from waiting for him to die.

We learn that this once solitary man has now tasked himself with caring for his sick and dying mentor, Professor X. Relying on the help from the Morlock Caliban with the daily chores and caring of Professor X, Logan spends what time he has trying to earn a living as a limo driver. Forced into this dysfunctional and dilapidated family unit, what little money he has goes to the medication that Charles needs and to the dream he has to buy a boat and sail away into the horizon…and to a peaceful death. But before he can invite death to finally take him after centuries of eluding it, Logan must care for his mentally crumbling friend and father figure.

This is a long way from where my history with Wolverine began. I have been a fan of Wolverine since 1983. I didn’t even know who he was, but I was a fan instantly after seeing him in a Marvel subscription ad in a G.I. Joe comic book. The picture that was drawn showed a fun loving character with a smile on his face and using his claws to “slash prices.” It wasn’t until a couple of years later that I bought my first comic with Wolverine in it. It was Spider-Man versus Wolverine and the comic didn’t have a smiling Wolverine. It was a comic with a slightly darker tone that dealt with betrayal, murder, and loss, but to be fair G.I. Joe at the time was producing some heady material too.

I later learned as I became a full-time, full-fledged X-Men reader that Wolverine was a great, well rounded character that could balance the smiles with the dark tone. A man shrouded in mystery who along with his healing factor, adamantium laced skeleton, and claws had perseverance. Like the animal that was his name sake, Wolverine would NEVER give up in a fight. Once he sunk his teeth into something it was either kill or be killed. He would do anything to save his teammates and put their safety above his own constantly. He is a warrior but he is a hero through and through. He weighed the stakes of a mission and acted accordingly with his level of violence and vitriol attitude. At the same time when it was downtime Wolverine seemed like that cool uncle that would show up to a kids pool party in cutoff jeans and a 6-pack…which happened quite often in the ’80s and ’90s at Xavier’s School for Gifted Youngsters.

But now, in the world of Logan the mansion is gone, the school is gone, the X-Men are gone. Only Logan, Charles, and Caliban remain in a “brave new world” without mutants…from what we see. The world seems ripe with crime, yet eerily quiet at times. The rich have privilege while the rest of humanity scrapes the bottom trying to survive. Automatons have replaced workers in fields such as truck driving and farming, causing the rich to get richer and the poor to get poorer. Is this a commentary of where our country is heading under our new administration or is this simply a commentary on a world without heroes? Is it the same thing?

The darkness of our protagonist’s lives and the world they live in is given a jolt of life with the introduction of Laura. The movie shifts from a melancholic haze to vivid techno color within moments when Dafne Keen’s Laura explodes onto the screen. Her proper introduction was still hidden under the veil of sadness I felt while watching the beginning of Logan, but her brightness peeked around the edges until her full force welcoming as X-23 lit up the screen like fireworks. Even now, weeks later I hope we see more of this character and this actress in the role of X-23/Laura. This is a far cry from where I sat before the film and with the loss of Wolverine in the comics a few years ago.

Another character and actor to leave a mark on me was Patrick Stewart’s Professor X. The journey he took through the movie is one I sadly witnessed in real life with my grandfather. I learned that when someone is dying, or deteriorating physically or mentally they are prone to act childish at times because the need of their care has rendered them powerless and at times without a choice of their own. The act of acting out in a childish manner is a baseline emotion you are left with when you are left with nothing else. Your life is in the hands of someone else and it’s a sad fact that in order to preserve someone’s life longer we take away their ability to live. I think in the beginning of Logan, Patrick Stewart portrays this to a depressing degree of perfection. 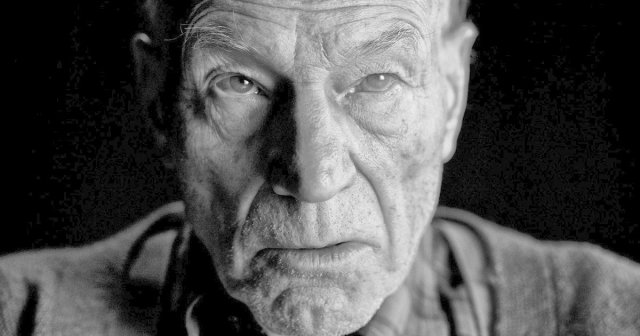 But again, with the introduction of Laura, Professor X himself seems to jolt back to a more lucid and lively version of himself again. Albeit a version that is more akin to the one we have seen in his earlier years played by James McAvoy, a Charles Xavier without pleasantries or clout. These moments also reflect the times I spent with my grandfather before he passed, days where he seemed ok. Ok to the point where maybe, just maybe the doctors were wrong and he was going to be himself again. These days were refreshingly hopeful, and at these times in the movie I felt hopeful as well. But just like the grim reality I lived through, these moments are fleeting and the illness comes roaring back to full strength…if not stronger.

The first time I cried in Logan was when Professor X became lucid enough to recall the facts of the event that happened at the school. His calm recollection and remorse was heart breaking, yet a tone of what was going to happen hung in the air. I had no idea how it was going to happen or by whom, but the anticipation hung on the screen like a fog. I was sad but also uncomfortable at the same time. When X-24 murdered Charles my sobs carried over to this new heartache and the thought of Charles thinking it was Logan doing the deed made it even worse. When Logan finally gets to Charles and says “It wasn’t me” again added more pain to an already open wound in this situation but one that offered some comfort as Charles smiles and mentions the boat they have been striving to get.

It was during this whole “act” of the movie where I repeatedly had an ice pick shoved into the base of my skull where the feels come from. When Laura is being carried off by X-24 I could swear she was saying “Da Da”. I don’t know if this meant to happen or it was just how I perceived it. At this time in the movie we still don’t know if Laura can talk or not. So her howls and growls like that of a caged animal could of been just that, but in my mind I heard her calling out to Logan as she was his daughter. This impacted me greatly as a father. This pain is felt a million times more by the end of the movie. I never once wept at the death of Wolverine. The movie was handled so well by everyone involved that it felt fitting and well deserved for the tired and battered Logan to finally find peace. It was the father and daughter moments surrounding Logan’s death that fucking killed me. It was Logan’s acceptance of finally allowing himself to feel the love of family and Laura’s reaction to his death that was soul crushing.

I agonized about what to write. In truth I hadn’t planned on writing anything about Logan. I shy away from writing reviews because for the sake of being entertained I can’t retain the proper things for a review.  I guess you could say I’m more of an emotional viewer than a technical viewer, but when Michael asked if I wanted to write something about this fantastic movie I couldn’t refuse. So I set out to write a review…and failed…a lot. So I started fresh and just let my heart take me through this. Did I forget some stuff? Sure, I always do. Could I have said more? Sure, you always can. To be honest I have no idea what I even wrote, all I know is I feel good.

But I can’t leave just yet, I need to talk about the man of the hour, Hugh Jackman. To remark on his acting in Logan would do it a disservice. Over these past 17 years he has been this generation’s Wolverine and to see him in the role is a comfort. Knowing that Logan is his curtain call to the character is definitely bittersweet. He has been through the ups and downs of Fox’s X-Men movies, whether the movie was good or bad is no reflection on the superb job Jackman has done with the character. Him being on the screen elevates any movie in the franchise. But his time is done and I think Fox should let the character be for a while. I can’t believe I’m gonna say this because of how I feel about the comics at the moment, but let X-23 carry the mantle for a little while and if at all possible let Dafne Keen continue with the role. It would be great to see her age into the role as the character herself ages. I know it would have to be its own thing because of Logan’s 2029 timeline and Fox is dead set on making another version of the Phoenix Saga (ugh). But one can hope.

[Michael’s Note:  I can’t thank Rob enough for contributing this moving, personal reflection to my series about Logan.  If you don’t already (and I can’t imagine how you couldn’t!), I encourage everyone to check out his blog My Side Of The Laundry Room and follow him on Twitter too.  Rob is a wonderful person who weaves his love of all things nerdy together in his writing with thoughtful, poignant, and fun trips down memory lane.  He always proves one of the most enjoyable and well-written blogs I read.]

What more Logan?  Who doesn’t?!?  Check out the other reflections in this series paying tribute to Hugh Jackman’s swansong.

My take on the film – Logan – Elegy to an Era

4 thoughts on “Reflections of Life: Logan”