It’s Wednesday once more and this week our creative stewards over at Goodreads have issued another exciting reflective challenge.  This time around we’re to pick the top five characters – whether speaking generally or specifically – we’d like to have as family.  I’ve said before these T5W posts can lead me down a rabbit hole of hours and hours of analyzing, reworking, and over-thinking.  But this was another easy week!  My #1 choice came to me in a matter of moments and the rest of the list followed shortly after.  And I certainly had a lot of fun with this one too.

Now for these lucky five fictional characters who’ve made the cut, not only are they welcomed into the family but the get to enjoy Friday night dinner at Grandma’s every week!  This, as they will come to find out, is pretty awesome.  When I was fourteen years old, my Grandpa (on Mom’s side, not the Grandpa I wrote about last weekend) passed away after a lengthy battle with cancer.  After that, my parents, brother, and I started heading up to Grandma’s on Fridays, first just to hang out and talk with Grandma and then it evolved into dinner too (although dinner’s always pizza so cooking’s not an annoying part of it).  It’s a tradition we’ve kept up for twenty years now!  Over the years, the group has grown and it’s rare that any of us miss it.  Without question it’s one of my absolute favorite parts of the week :).  So, who’s coming to dinner with us all this week?

5)  Hermione Granger from J.K. Rowling’s Harry Potter Series – All it takes is a casual reading (or viewing, if that’s your preference) of Harry and co.’s exploits at Hogwarts to realize that if it wasn’t for Hermione everyone would have died a hundred times over.  Seriously, Harry gets all the credit for being “the Chosen One” but it’s Hermione who’s doing all the actual work to figure out how they can defeat whatever happens to be harassing them at the moment.  She’s a brilliant academic.  She has laser-like focus.  She loves books.  Not only would she be fun to hang out with but I feel the casual familial banter sessions would result in my learning a lot too.  I would happily have Hermione as one of my younger cousins!  And, let’s not forget or underplay the fact that SHE’S A WITCH.  How great would it be to know someone with actual magic powers?!?  The number of times I’ve tried to use an Accio Charm (sadly, to no avail) alone would make me happy to have Hermione in the family – not to mention how handy her little beaded bag (with an undetectable extension charm) would be for travelling.  Oh and of course there’s the whole bravery/competence/saving the world thing too. 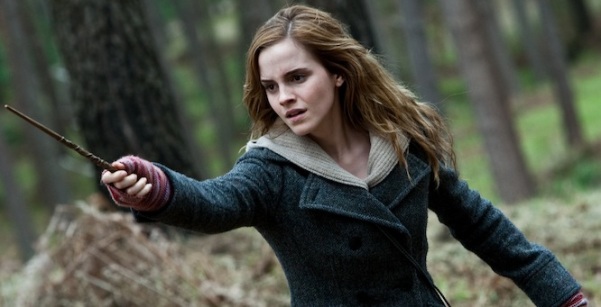 4)  Rick Grimes from Robert Kirkman’s The Walking Dead –  Here’s the thing.  Rick can be a little…intense.  I totally grant that.  And I’ll be the first to say he crosses some lines (like, on the reg (don’t worry, this is show/comic spoiler-free (mainly because I hate spoilers and also I haven’t read the comics (I know, I know – but I tried and I just liked the show a lot more)))).  I’ll even go so far as to say I seriously question if he’s crossing the lines to become an outright villain from time to time.  But, and this is a biggie, I HAVE DIABETES.  So should anything like a zombie apocalypse ever actually occur I am 100% SCREWED.  Not only does my body not produce life-sustaining insulin on its own, I’m also not much of an “outdoorsy” kind of guy.  If I’m to have ANY hope of surviving once the world goes to hell and the zombie hoards start swarming (or stumbling as the case may be) over the globe, I need someone like Rick in my corner.  I’m not saying I could live forever in a zombie-fied world.  But I’m pretty sure Uncle Rick wouldn’t be above shooting some randos in the face to score me some fresh insulin to give me a fighting chance.

3)  Vanessa Ives from John Logan’s Penny Dreadful – If you haven’t watched this show you might want to stop reading this and bounce over to Netflix right now and get started.  Vanessa Ives – whether in the Showtime television series or the Titan Comics prequel version of Penny Dreadful – is one of the classiest, most intelligent, captivating, charming, interesting, engaging, and sweetest characters I’ve ever met in any form in any genre.  Her bravery is unflinching, her loyalty unquestionable, her faith inspiring.  Also, how exciting would it be to have someone in the family who receives mystical visions, reads the Tarot, and communes with the demimonde (the half-world) in all manner of mediums?  Now granted, the darkness does seem to swirl around the incomparable Ms. Ives nearly constantly and she does seem to be hunted by the devil BUT that doesn’t turn me away from wanting her in the family.  If anything, it makes me wish I was related to her even more.  This poor girl’s had some terribly rough and deeply dark moments in life.  I’d like to be able to give her a hug, tell her it’s going to be alright, and pray with her too.  Plus, I think she could really use the fun and relaxation of a Friday night dinner at Grandma’s :).

2)  Chewbacca from George Lucas’ Star Wars Saga – I love Chewie.  I always have!  I’m still a little perturbed that he didn’t get a medal at the end of A New Hope!  I mean, what the heck Rebel Alliance??  One of the warmest and fuzziest moments about the new Disney Canon is that they try to retcon the story (in Smuggler’s Run and the Chewbacca comic) to make it so Chewie got a medal.  (Save CGI, you can’t really change the end of A New Hope but it’s still a sweet gesture!)  Now, let me paint you a picture of how great it would be to be related to this guy.  You could literally fly around the galaxy in the Millennium Falcon!!!!  Aaaaaahhhh!!!!  HOW AMAZING WOULD THAT BE?!?!?  Let me say it again – the Millennium Falcon.  Sure, you could fly around in the Falcon if you were related to Han too, but Han’s always been a bit more sketchy.  Chewie’s clearly the solid, reliable moral compass of the pair.  He’s compassionate, caring, handy, and fiercely loyal.  Chewie’s up there alongside the Hebrew Bible’s depiction of Ruth for all time greatest examples of a true friend.  Whether we’re talking the movies, novels, or comic books – when Chewie’s by your side, he’s there forever.  He also seems like a great hugger.

1)  Tony Stark a.k.a. IRON MAN from (obviously) Marvel’s Iron Man – How could Tony Stark not be #1 on my list?!?  I think if we’re all being honest with ourselves everyone would love to have Uncle Tony as part of the family.  Right?  First, yes he’s a little smug and cocky.  But who doesn’t love the snarky, sarcastic uncle??  I imagine the banter he’d bring to Friday night dinner at Grandma’s (let alone holiday gatherings!) would be priceless.  And, even if he is a little arrogant at times, his heart’s always in the right place.  Second, he’s a billionaire.  Of course we all know money doesn’t buy happiness.  And, as a teacher, I’m certainly not making the life choices that would have me owning a vacation home on some island somewhere (let alone owning an island).  I’ve never been one to chase the big bucks.  I’m more than happy with the life I live with those I love.  Buuuuut a billionaire uncle?  I sure wouldn’t say “no” to that!  Third, he’s a tech genius so let’s all say, “Goodbye wifi problems forever.”  Fourth, he’s a founding member of the freaking Avengers and he has SUPER COOL SUITS that can FLY AROUND THE WORLD.  In other words, HE’S IRON MAN.  I can’t imagine the world where, if we could honestly have any fictional character as an actual part of our family, we all wouldn’t put the genius, billionaire, playboy, philanthropist on our lists.  I would love being able to fly my own Iron Man suit to work as opposed to dealing with my car.  Given how into green technology Tony  is, the Iron Man suit would have to be both more exciting AND better for the environment than even my little Honda Civic.  Plus I imagine Jarvis and/or Friday would be super helpful with reminding me to do stuff. 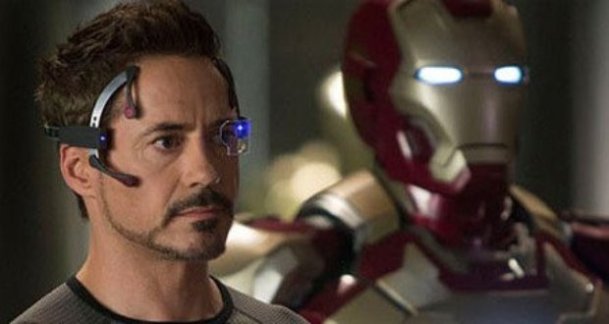 And there you have it folks – my family’s grown by five wildly eclectic new members today!  However, billionaires, mystics, intergalactic travelers, world-saving witches, and post-apocalyptic survivalists or not, I’m not planning on giving up my seat at the kitchen table.  David, Kalie, and I (not to mention my little cousins!) are not being demoted from the main table every Friday just to accommodate Tony, Chewie, Vanessa, Rick, and Hermione.  I love them but, c’mon, I’m not getting bumped.  But, to be fair, if Hermione can’t cast some sort of magical extension charm over the kitchen to easily accommodate everyone or Tony can’t build a new high tech addition for the table it kind of seems like they would deserve to sit out in the porch at a newbie/”kid’s table” right?? 🙂

22 thoughts on “Top Five Wednesday – Welcome to the Family!”