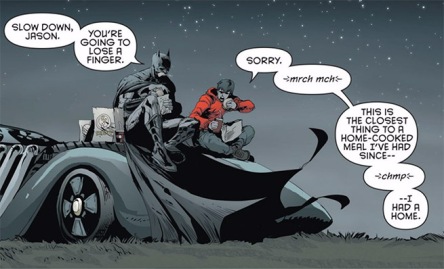 The highlight for me so far, in the entire Rebirth project has been the Red Hood and the Outlaws title. The Rebirth #1 issue gave an elegiac spin on the back story for the Jason Todd character. The art was amazing, and the story content delivered equal parts pathos and humour. There was a beautiful set piece showing Alfred photographing Jason’s debut as the Boy Wonder in a flashback sequence.  I’ve always had a little sympathy for Jason, he’s had a raw deal when compared with the other Robins in the Bat-universe.  This title does him justice. I’ve read the first two issues and, even though I had no budget for the title, I’ve decided to increase my budget – it’s that good. Incidentally, I’m playing a little game in my head with the Nightwing title – to see how the “golden boy” Dick Grayson and the “bad boy” Jason Todd from Batman’s back catalogue of protégé’s compare and contrast in the “Rebirthing” process. 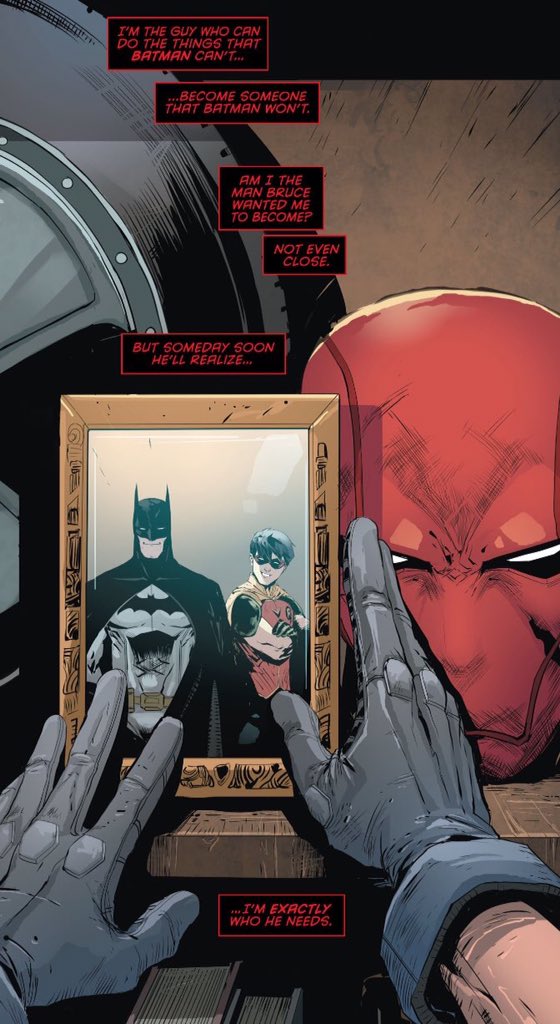 Elsewhere in the “Gotham-linked” parts of the DC Universe we have had two Suicide Squad issues. I loved the Rebirth #1 issue; it was great and fluid with fine artwork. By contrast issue 1 proper (Suicide Squad #1) was a complete retrograde step, Jim Lee’s art work or not. It was to me an unedifying issue, a little bit “gross-out” at times. The issue was also split into two stories, one main narrative, and a supplementary character profile. The latter was the stronger of the two. I’ll give this title one more issue; if there’s no improvement then it faces the axe from my pull list. By contrast I thought Batgirl was simply amazing. It was colourful fresh and exciting. Batgirl’s appearances have been equally impressive in the glorious Nightwing title – that book has been a standout highlight and I’m enjoying Grayson’s “mentorship” from Raptor even if Barbara Gordon (Batgirl) isn’t.

By contrast two other titles are hovering dangerously close to termination on my pull list- namely Justice League and Action Comics. The former has frankly been systematically poor from the outset (see my last post) and there are little signs of improvement. The latter has beautiful art but two sub-arcs on it seems like all we’ve had is Doomsday and Superman pounding 7 bells out of each other over 6 issues with Wonder Woman joining in. I’m sticking with Action Comics in the meantime; there is at least a distinct trace of the creative team laying out pieces on the chessboard with a wide and varied range of characters – it’s intriguing me just enough to keep buying it for the time being.

Generally speaking strong starts have been had for the females in the DC universe. As well as Batgirl (see above) honourable mentions go to Superwoman #1 (in fact Superwomen) and Supergirl #1 – both of those issues I enjoyed. For me they had the traits of classic DC comics from my 1980s roots. The titles are colourful, light (in a good way) and full of brightness. They’ll be staying on my list. The Supergirl title is effectively rebooting rather than Rebirthing in my eyes – it has me asking the question when is a reboot not a reboot? Answer – when it’s done as part of a Rebirth. Newbies can jump on board easily with the Supergirl title, whereas Superwoman will require a little background reading. Those of you interested in something new and fresh might also like the New Superman title; it’s funny, witty and engaging – just don’t ask me to say I like the Chinese Batman’s Bat Utility Vehicle – that thing is ridiculous. 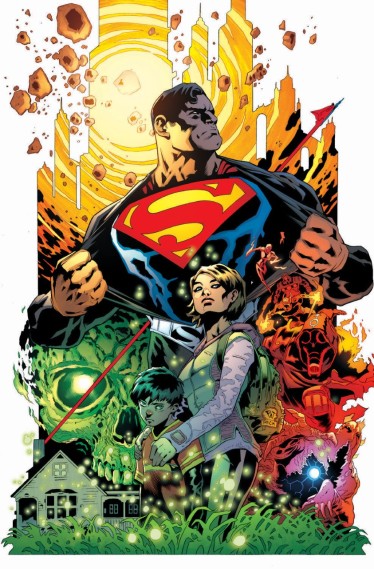 The Flash, Superman and Batman titles are all consistently good and action packed performers. The Flash is mildly hilarious – I love the concept of Barry Allen coaching the plethora of new speedsters. Superman continues a beautiful family gathering, spoiled only by frequent and vicious attacks from The Eradicator, and Batman has just ended the story arc with Gotham and Gotham Girl which was exciting but which started to tire me a little by the time of the penultimate issue. Tributes should also go to Green Lanterns and Hal Jordan and the Green Lantern Corps. The Lantern titles may be short-circuiting a lot of the character and story development from the New 52 days but I am a fan of the compact number of titles, two single Lantern titles is the right amount and prevents the bankruptcy inducing cross-over arcs across multiple titles that we’ve seen in years gone by. Plus Jessica Cruz and Simon Baz continue their buddy-buddy cop routine which to me is priceless.

All in all Rebirth remains solid and exciting in terms of output – I’ve jettisoned some of the titles I started to buy, which are now conspicuous by their absence in this post. Aquaman was too much a retread of old stories, contained a dull political allegory and was borderline ridiculous,  Green Arrow is and always has been too much of a “rich social warrior” for my tastes, and Birds of Prey was just okay but not good enough or interesting enough for me to continue to buy it. Deathstroke and Harley Quinn I haven’t read so can’t comment on.

One final note of caution is that DC need to move the stories along much more quickly across most of the titles. I keep wondering if some of the creative teams are waiting for Geoff Johns to come along and hold their hands. It is no good at all to be dragging stories slowly along, and it negates the shift to bi-monthly titles which is where the offence is at its worst. If they don’t get this right they will find that people rapidly stop buying, or just cut the bi-monthly titles altogether. We shall see but all in all I think we continue to have a positive future in the new DC landscape.

[Michael’s Note:  Andrew is a talented writer and genuinely engaging guy who you should totally follow on Twitter.  He’s always up for talking about comic books and all things Star Wars!  On a related note, you should also check out his incredible Star Wars blog The Astromech Journal and (if you haven’t read it yet) his first post on DC’s Rebirth for this site.]